It is believed that Germany started the Christmas tree tradition as we now know it today back in the 16th century when faithful Christians would bring decorated trees into their homes. Some folks would build Christmas pyramids of wood and decorate them with evergreens and candles if trees were scarce, just to keep the Christmas tree tradition alive. A 16th-century Protestant reformer known as Martin Luther was the first to add lit candles to a tree. It came about, it is believed, when he was walking home one winter evening, contemplating a sermon he would deliver, he was awe struck by the glittering of stars twinkling above evergreens. In an effort to reenact the enchanting sight for his family, he stood a tree up in the main room and wired lit candles onto the branches.

Why Do We Decorate Christmas Trees in America?

In the 19th-century, Americans were curious about the German tradition, but found Christmas trees a bit odd. In the 1830s, the first public display was recorded by the German settlers of Pennsylvania where the trees had been a strong tradition in many German homes. The Pennsylvania German settlements had community trees as early as 1747, however, by the late 1840’s Christmas trees were perceived as pagan symbols and not a welcomed activity by many Americans. Eventually, like other Christmas customs, the tree was adopted late in America. To the New England Puritans, Christmas was a sacred celebration. William Bradford, the pilgrim’s second governor, wrote that he tried hard to stamp out “pagan mockery” of the observance, punishing any whimsical actions. Oliver Cromwell, a man of influence, preached against “the heathen traditions” of Christmas carols, decorated trees, and any joyful expression that desecrated “that sacred event.” The General Court of Massachusetts enacted a law in 1659 making any observance of December 25 (other than a church service) a penal offense; people were fined for hanging decorations. That strict practice continued until the 19th century, when the influx of German and Irish immigrants undermined the Puritan legacy.

Christmas ornaments were arriving from Germany and the popularity of decorating Christmas trees was quickly spreading through the U.S. by the 1890s. Europeans used small trees about four feet in height, while Americans preferred their Christmas trees to reach from floor to ceiling. By the early 20th century Americans decorated their Christmas trees primarily with homemade ornaments, while the German-American sect continued to use apples, nuts, and marzipan cookies. Popcorn was used to decorate trees and joined in after being dyed bright colors and interlaced with berries and nuts. Christmas lights jumped on the trees when electricity was introduced making it possible for Christmas trees to glow for days on end. Christmas trees began to appear in town squares across the country and having a Christmas tree in the home became an American tradition. The Rockefeller Center tree, located at Rockefeller Center, west of Fifth Avenue from 47th through 51st Streets in New York City. The tallest tree displayed was at Rockefeller Center in 1948. It was a Norway Spruce that measured in at 100 feet tall and hailed from Killingworth, Connecticut.

Atlantic Tree Service is standing by to meet all your tree service needs. Contact us today! 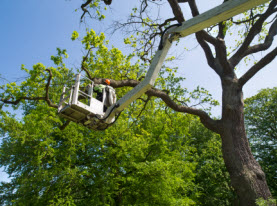 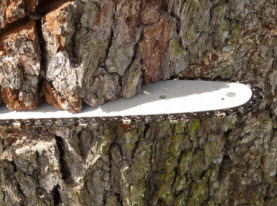 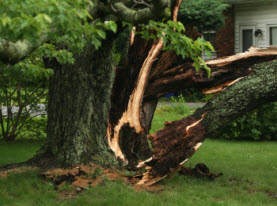 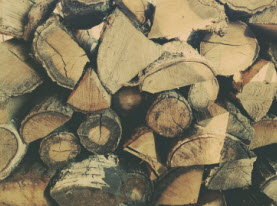